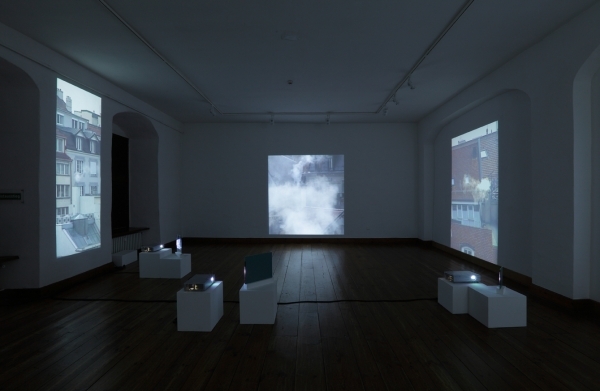 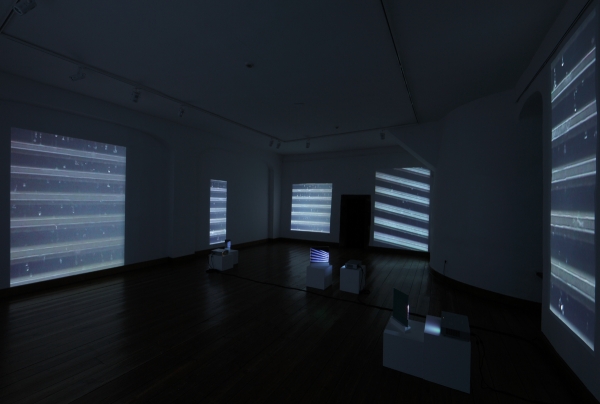 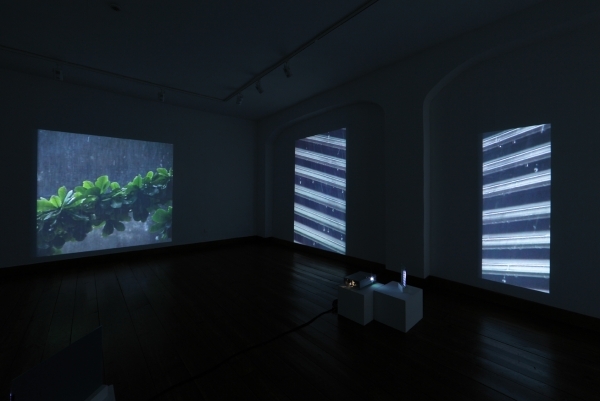 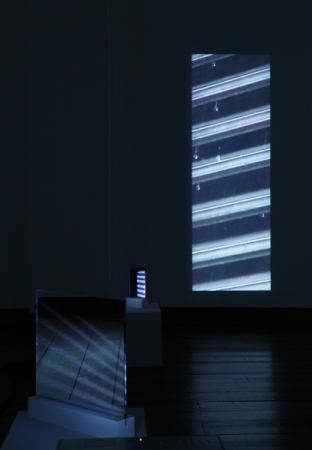 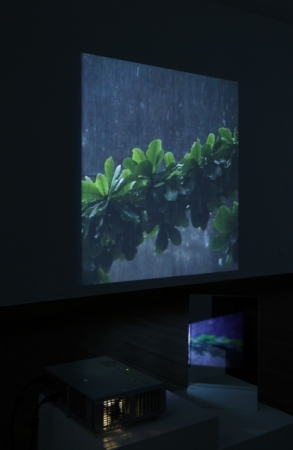 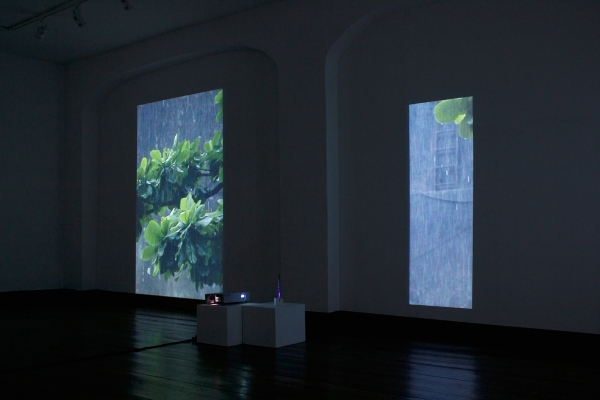 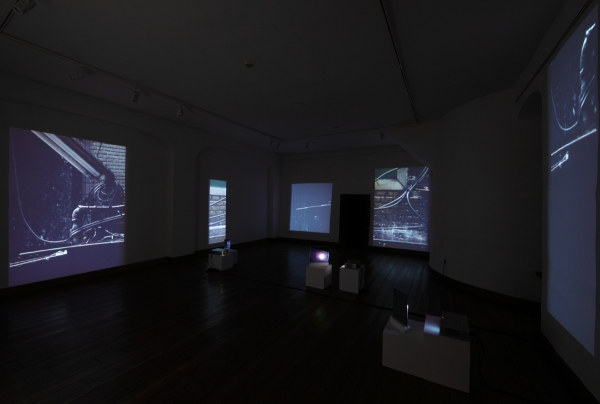 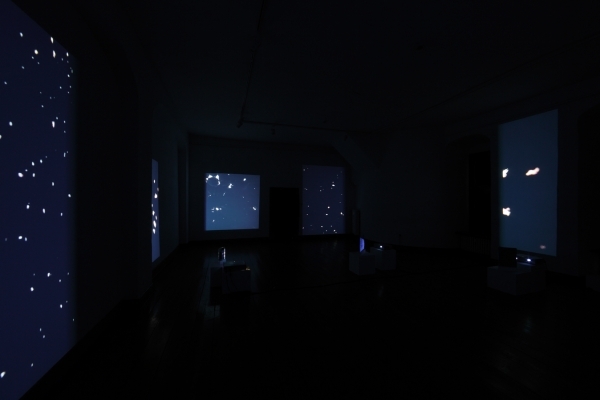 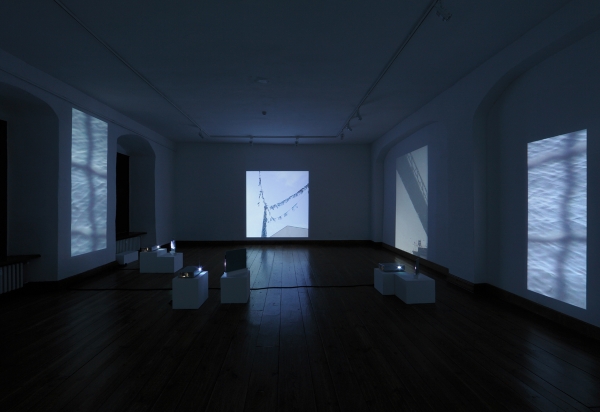 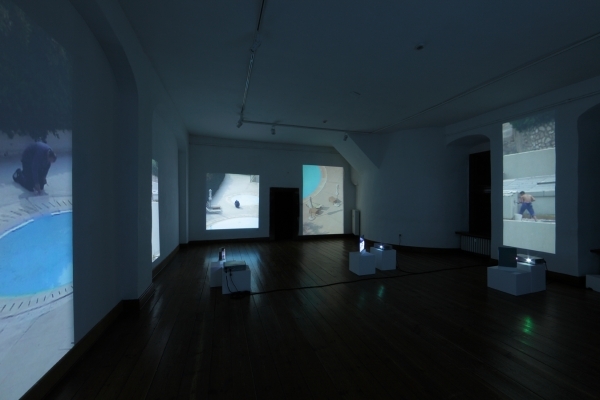 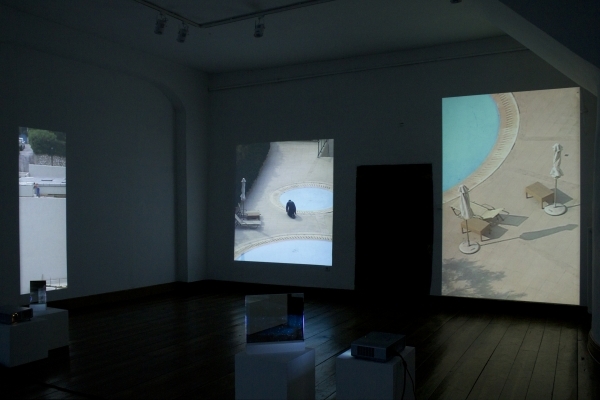 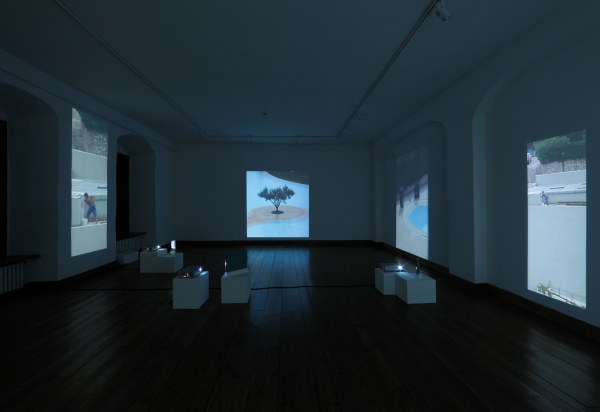 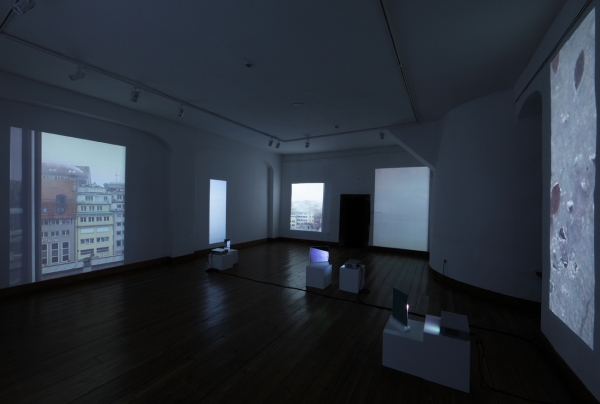 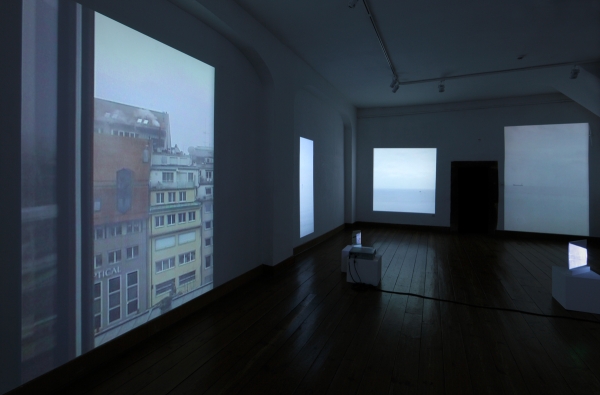 In the work Zwielicht (Twilight), six image fields are projected onto the walls of a space by means of three video projectors and mirrors. A mirror splits each projection exactly, redirecting the two parts onto different walls, producing a confusing array of different sized projections and corresponding image sources. The entire space is transformed into a pictorial space, at the boundaries of which a collage of six image fragments continually draws together, shifts and disintegrates.

The footage shown in the six image fields is heterogeneous, without continuity of space, time or actions. It is a visual fabric of ever-changing correlations and references. Sometimes a connection occurs on a formal level through colour, form or rhythm. Sometimes the connection is atmospheric, then associative or content related. The common denominator of all references is that they are unpredictable in length, they are never tangible, never continuous. With each new image or motif that appears the previous collage takes on a new colour and meaning. The work is created by the permanent overturning movement of the connections and analogies that span, separate and link the images across the space. In contrast to earlier works, in which the video image was heavily digitally processed, the footage in this work remains relatively untouched. Only the length is determined, thus, highlighting the intrinsic value of the material. The main focus is on the alternating interplay of images: how they mutually change meaning to the spectator, how they expand, contract and become relative. The spectator can never be sure on which level of the connection he or she is. If a new relationship between images is identified, this becomes obsolete the instant new images appear and the spectator is forced to constantly readjust and calibrate.