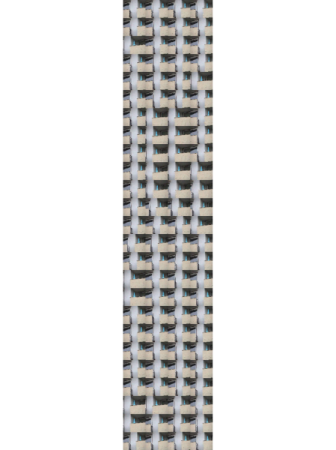 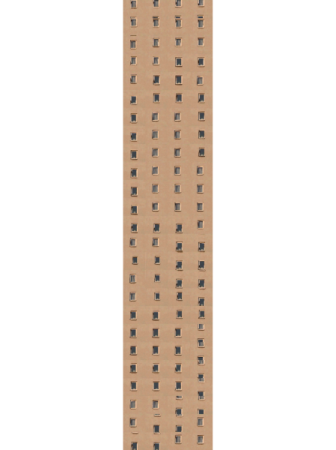 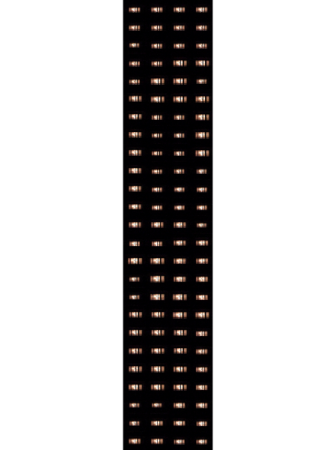 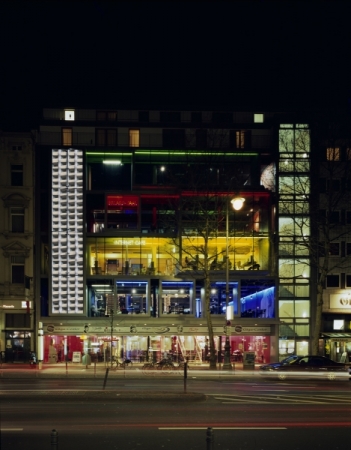 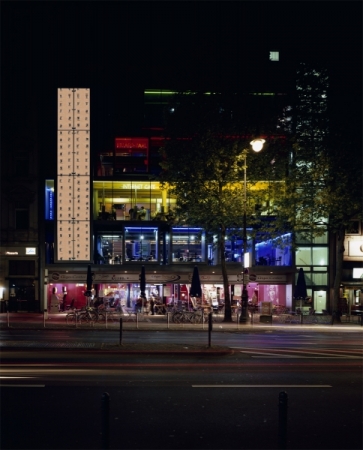 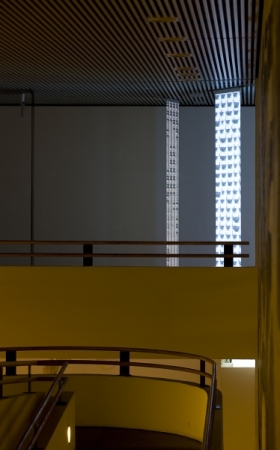 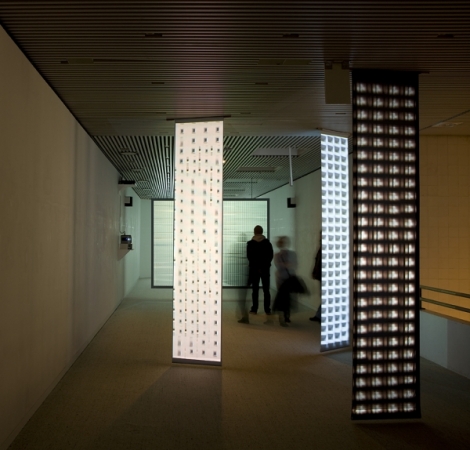 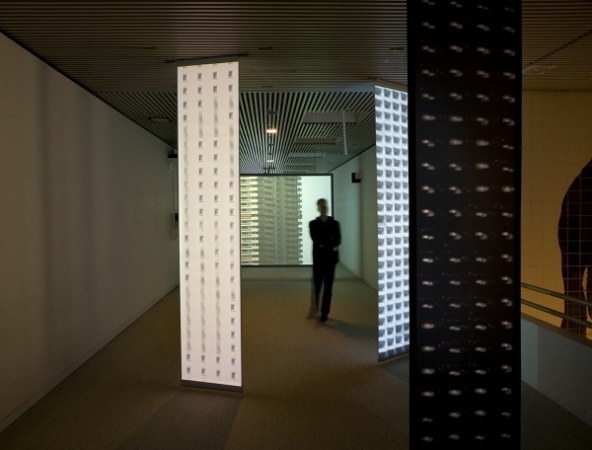 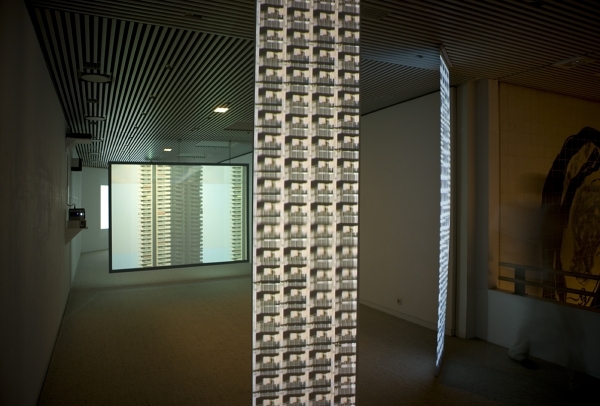 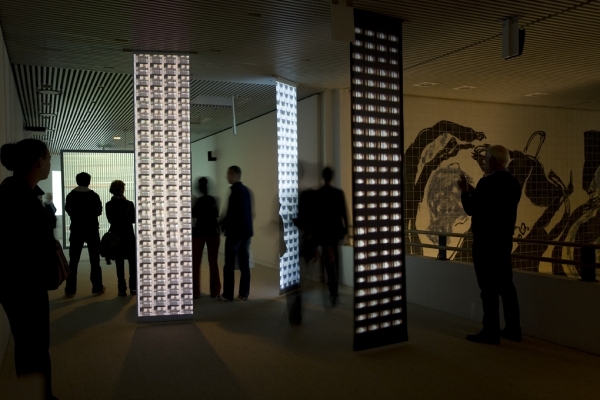 The video pieces Wand I-III consist of three variations on a basically identical theme. The starting material in each case comprises hand-held camera recordings of the façades of buildings arranged adjacent to one another in a hundred slightly time-staggered images. The video images fan out in a gridlike array and correspond to the serial character of the filmed architecture. The collaged arrangement of the images makes a time span perceptible instead of just a single moment in time. It is in this time span that constantly new, slightly varying motifs emerge as a function of the panning and zooming movements of the camera. The searching gaze of the camera transforms the rigid fronts of the buildings into moving, alternating walls; amorphous shapes and movements evolve from the orthogonal structure of the arranged images.

The three video pieces were originally conceived for an outdoor projection on the façade of a hotel and office building in the centre of Cologne. Particularly challenging was the extremely vertical format of the media window measuring a height of 13 metres and a width of 2.6 metres. The video pieces were subsequently developed as small-format versions for indoor exhibtions (see installation views).