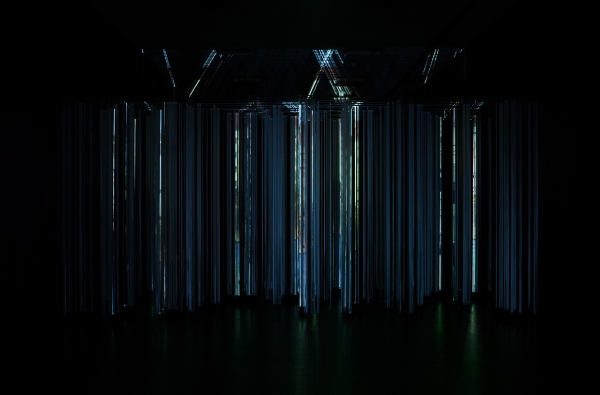 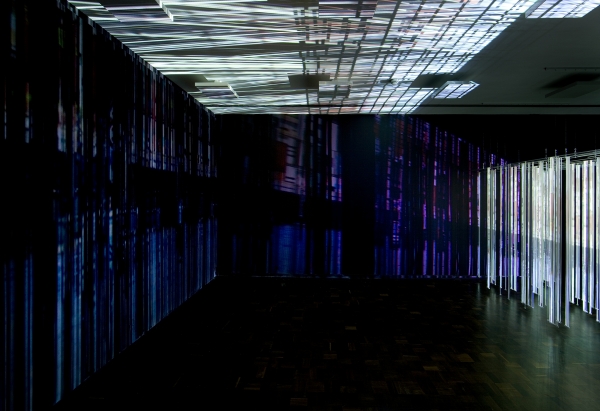 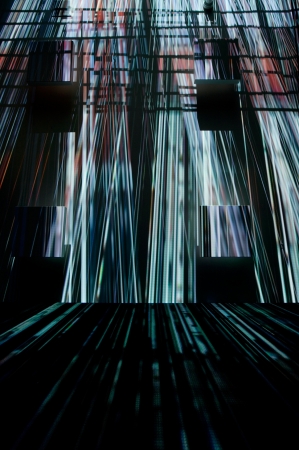 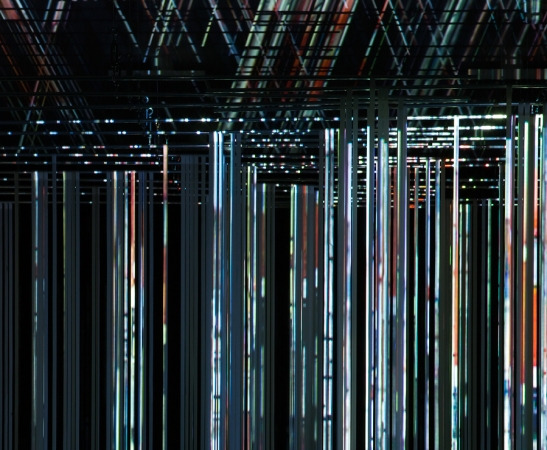 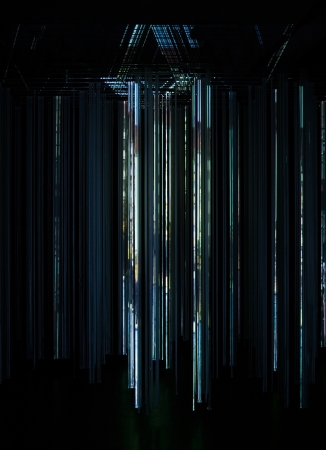 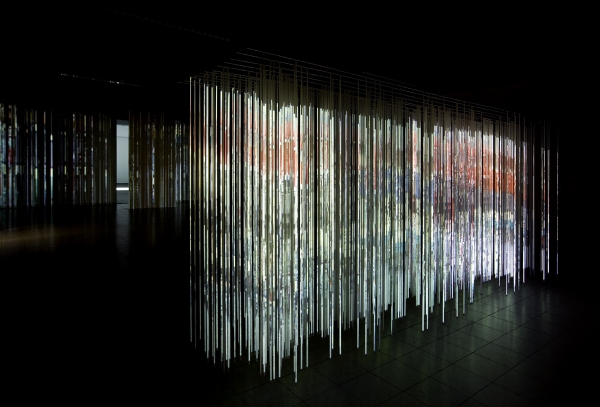 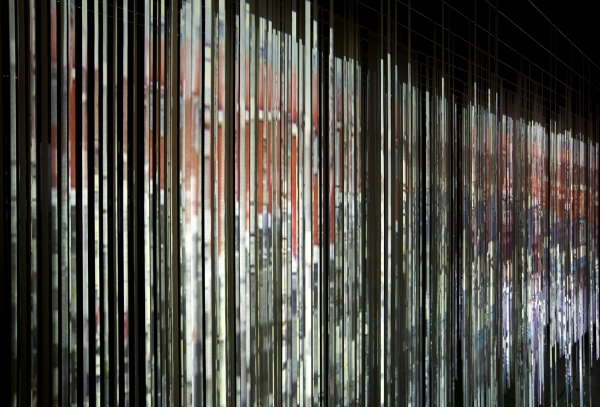 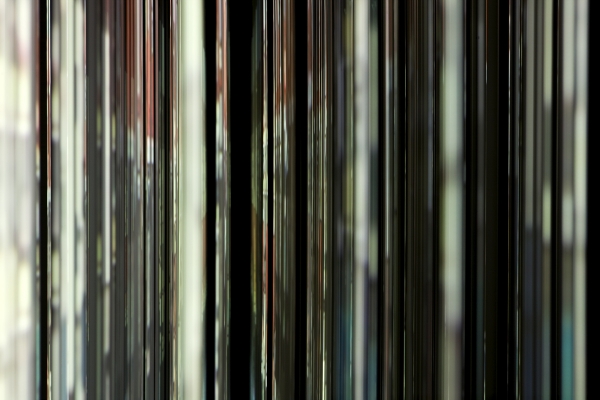 Two video projectors project moving images onto 500 narrow strips of canvas which hang in the room to form a translucid, three-dimensional sculpture. At first the motifs are hardly recognizable, but then, little by little, shapes and movements work their way out of the fragmented picture space. Various vehicles, rows of buildings and people become visible and, no sooner have they appeared, vanish again into the maze of canvas strips.

The images used for the installation spalten have in fact been taken from the earlier video pieces CTG KEEPS COOL and Eigelstein. Both video pieces show everyday scenes of urban traffic. The images of a cargo ship ploughing its way up the River Rhine and a busy street scene with trains crossing one another in the background are digitally fragmented into vertical, intermeshing segments. For spalten the segments were meshed even closer together and rearranged. This segmentation of the images is further heightened by their projection onto the hanging strips of canvas, creating an iridescent urban fabric of almost physical solidity.