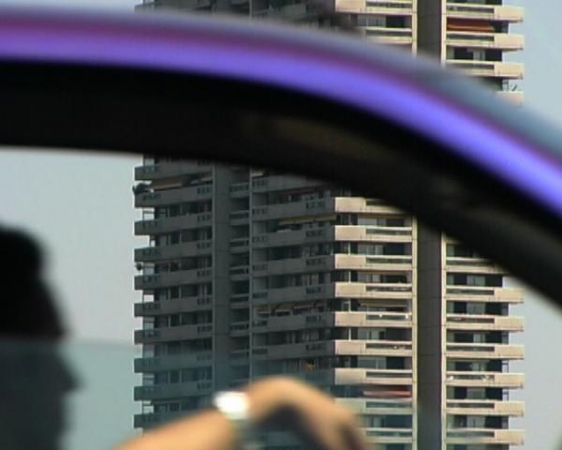 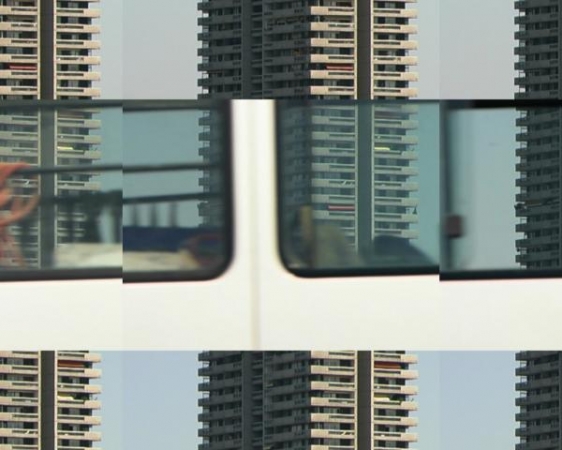 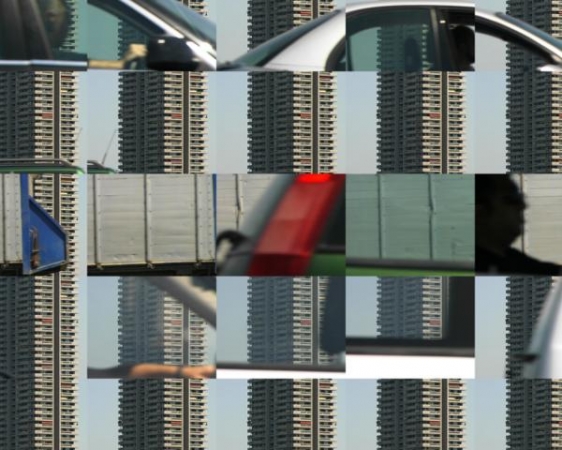 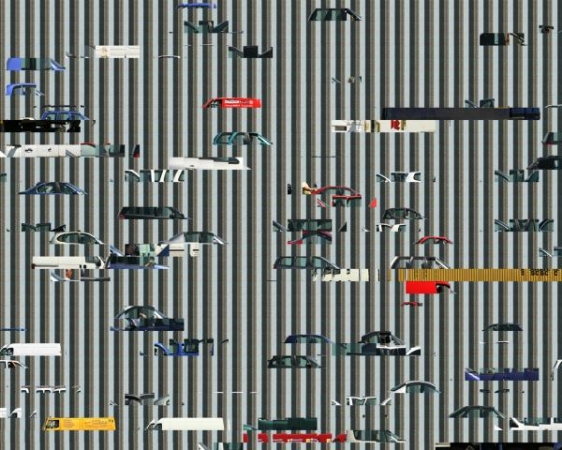 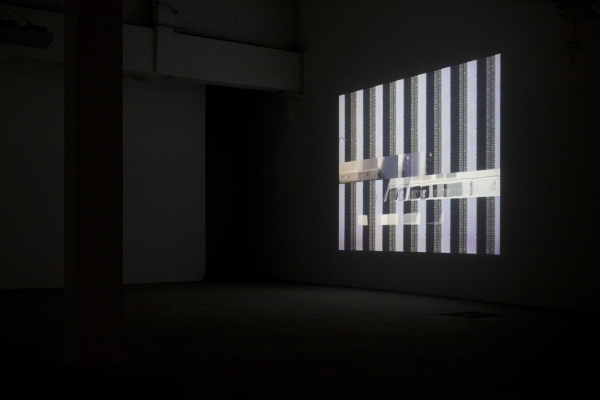 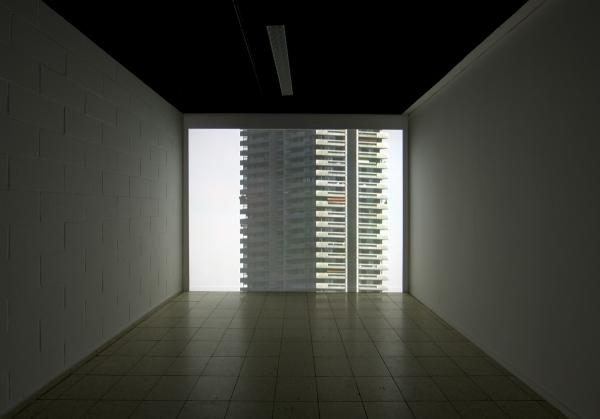 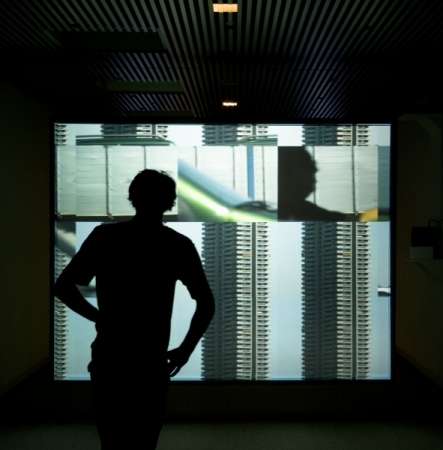 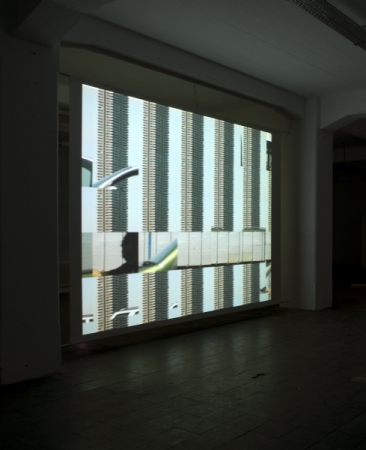 “…and anything anyone knows, hasn’t just heard [people] roaring and blustering about, can be said in three words.”
(F. Kürnberger)

The video piece Rauschen & Brausen I is based on a 16-minute video of the nondescript façade of a high-rise building. Crossing in front of the cropped view of the building, in direct proximity to the camera, are countless cars. As the camera zooms back, the motif is multiplied ten thousands of times over, becoming a constantly moving ornament that awakens ever new associations, its “growing” smallness of detail finally exceeding the viewer’s capacity of perception. Now visible in the background, rising up out of nothing, are storeys upon storeys of highrise buildings, with cars racing past them without touching the road. They rush through the air; the buildings seem to rise out of nothing; the entire scene hovers in space. The backward zoom widens the scene, traverses the space between near and far, glides from the concrete into the abstract, from the tangible into the uncertain.

The music meanders around the image, picks up movements of the visual, goes along with them for a while and then strays away from them, following its own rhythm. Beginning with pulsating bass tones, it wends its way upwards in a continuous vortex until it finally fades away at barely perceptible frequencies.