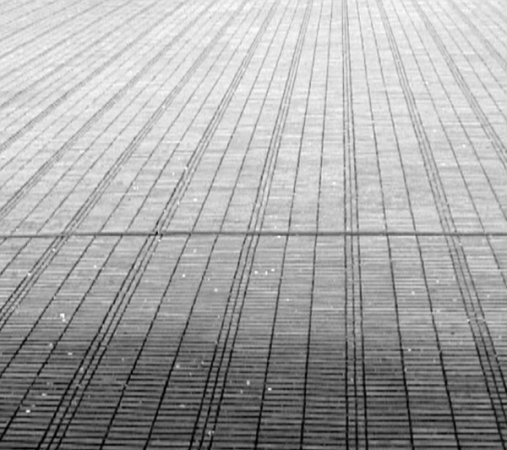 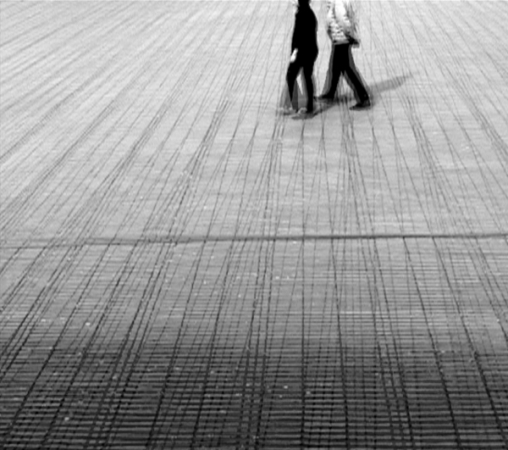 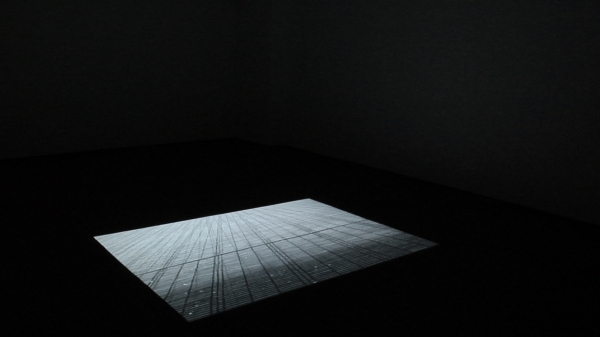 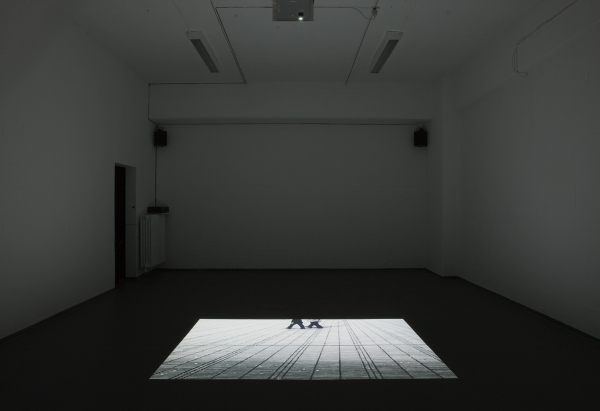 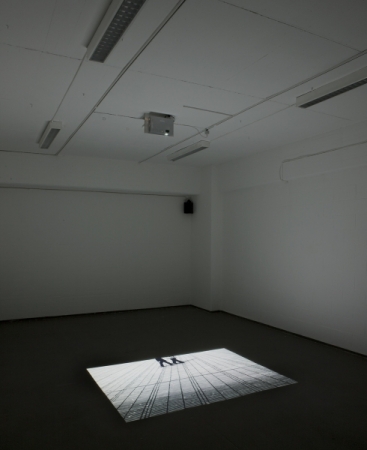 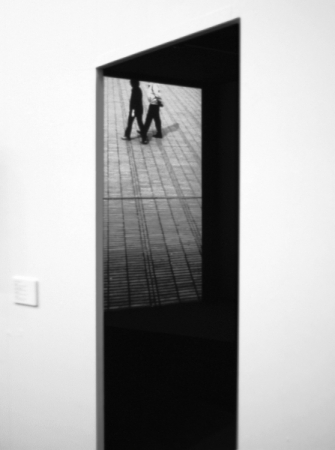 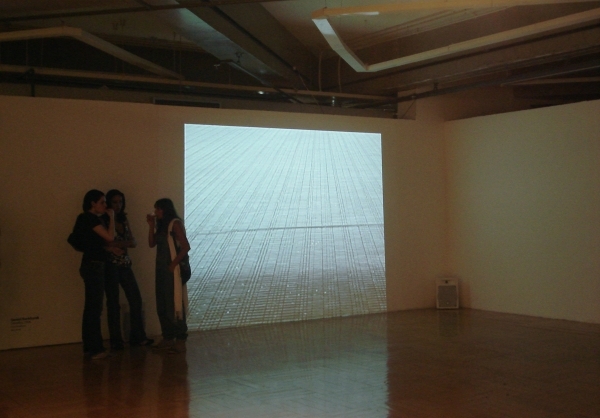 The camera settles its gaze on a stone paving in an urban setting. The spaces between the paving slabs form a pattern that spreads across the ground like a grid. Recorded simultaneously by three cameras mounted together, the video piece grundlos synthesizes various perspectives into one view. The triple footage has been so cut as to deceive the viewer’s perception and appear as one single sequence of images. The surface of the paving shakes and pulsates, but there are small areas that remain motionless, like islands of tranquillity. These areas constantly change their position, wander across the grid, disappear and reappear elsewhere. Circular and spiral movements become visible in the otherwise rigid, rectangular structure of the motif. A man and a woman appear in the picture and walk across the shaking ground, seemingly unaffected.

The visual reductiveness and emptiness of the scene are repeated on the auditive level: recordings of voices, reduced to a percussive effect, form a fabric of overlapping and interpenetrating sounds that overtake, cancel, amplify one another, finally dying out as the couple appears in the scene.