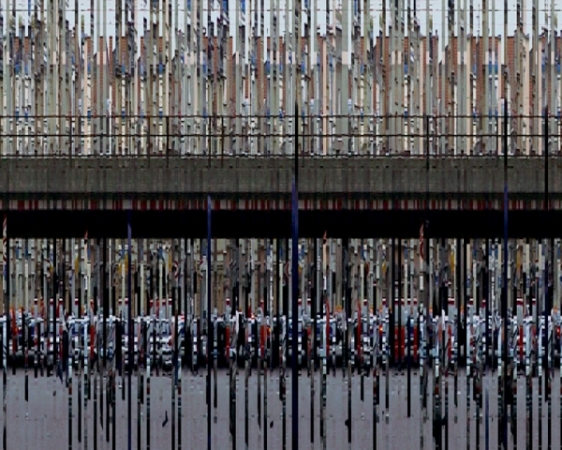 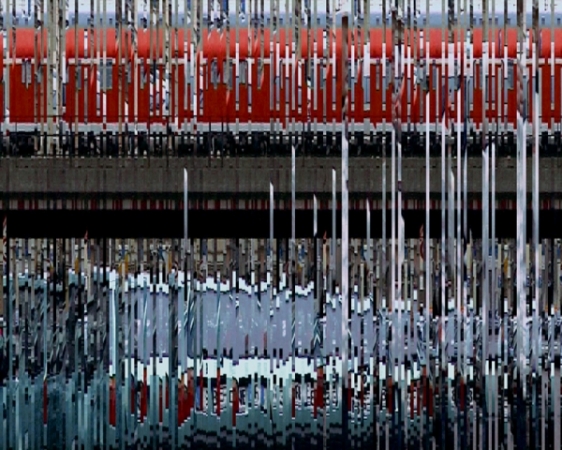 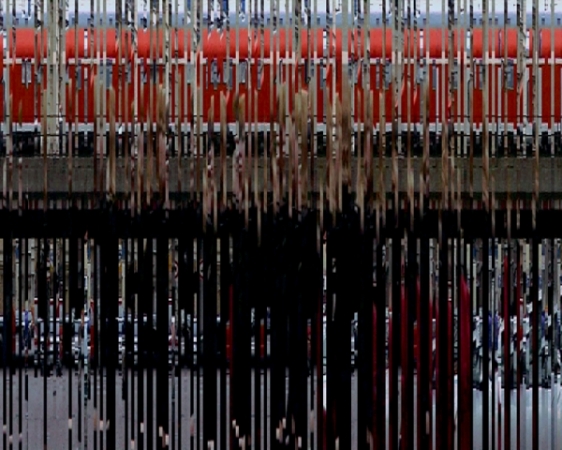 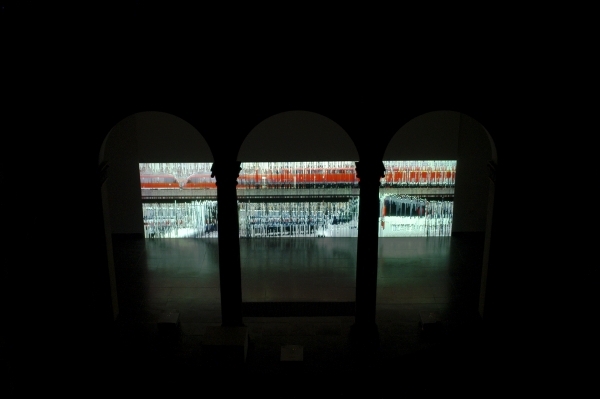 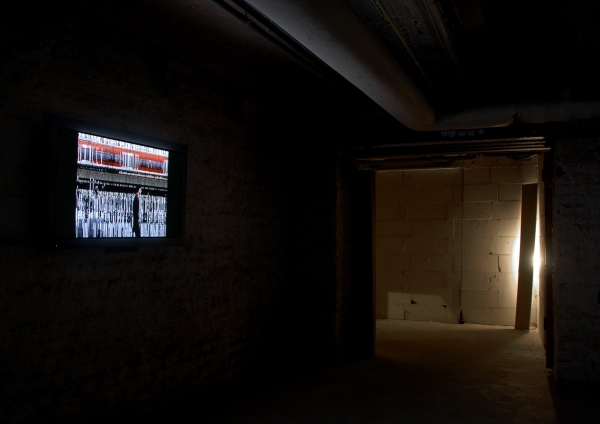 In Eigelstein – the title is the name of a district of Cologne – the image of an urban situation disintegrates into narrow, vertical fragments. The contours of objects are atomized almost beyond recognition, such that the viewer’s focus of perception shifts away from the objects to the rhythm and coloration of the images. The process of fragmentation does not remain static, however, but changes continuously. The movements of vehicles and pedestrians modulate the time structure of the picture space: while they themselves join to form the uniform impression of an image, the other objects again dissolve into fragments.