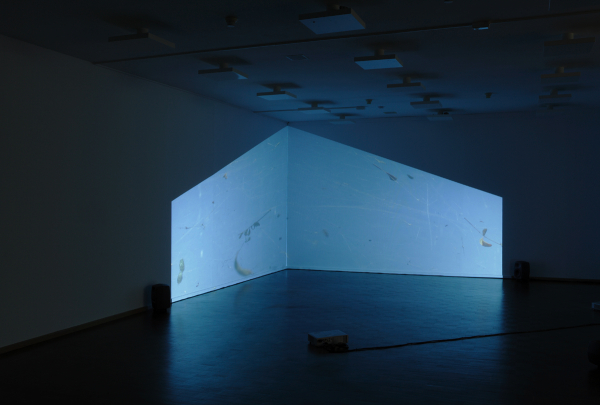 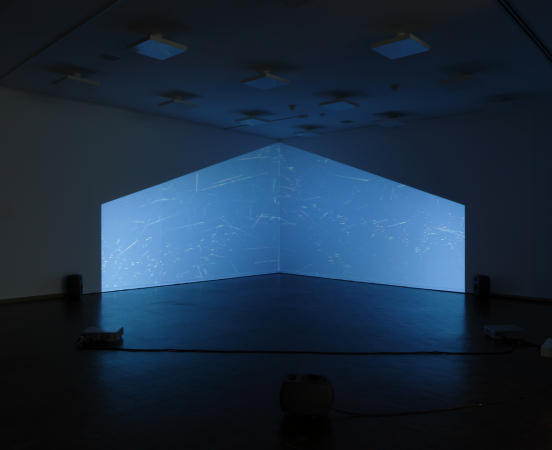 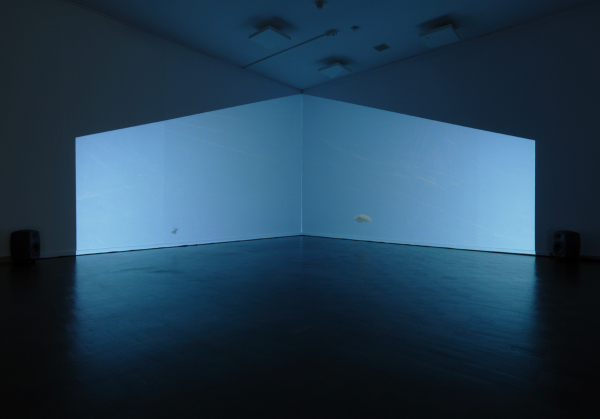 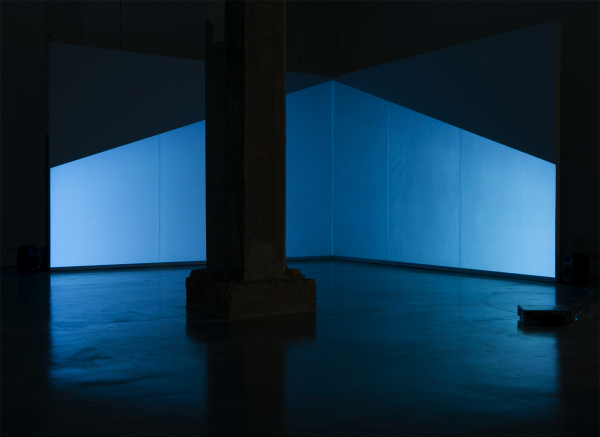 Two video projectors project a blue monochrome surface into the corner of a room. Three speakers are positioned on the ground just in front of it. A series of composed sounds can be heard at different spots in the room for a given period of time before fading away. There are crackling and crunching noises, giving the impression that a surface is breaking under great pressure. The crackling becomes drowned out by a sound similar to breathing, puffing or wind.

These spheres of sound disseminate and chase each other around the room, heavy and dominant, before becoming light and weak and dissolving into space. White lines similar to jet trails begin to appear in the blue surface. They then fade back into the monochrome blue of the projection. The white lines appear again but now there are more of them and they seem closely woven like spider webs or broken glass. A faint buzzing sound emanates from the speakers. At another spot in the room, a swarm of cymbal sounds begin to spread. Later the sound fades into silence. Undefined forms appear in the projection. But this time, they are in a state of constant vibration-like movement. Lines appear in the blue light but they remain vague; the eye of the observer wants to discern shapes, but they are too loose and nondescript.

The audiovisual spatial composition Der Schlaf & die Betäubung (Sleep & Sedation) depicts a distortion of perception. Auditory and visual elements emerge separately and detached as autonomous elements. There are known and unknown elements, foreign images, that create gaps in ones perception, which in turn, can be filled with personal interpretations.